If you are becoming increasingly more interested in drones, then you have probably started reading about them online. One thing you must have noticed is how frequently the terms drone and quadcopter are used, and thought of them as interchangeable terms. However this is not exactly true, since there are some subtle differences between the two.

If you want to know the difference between these two items, make sure you stick around and go through the article. We are going to define each of these flying crafts and talk about their differences. This can be really helpful if you want to buy a drone or a quadcopter and don’t know which one of these products you should choose. 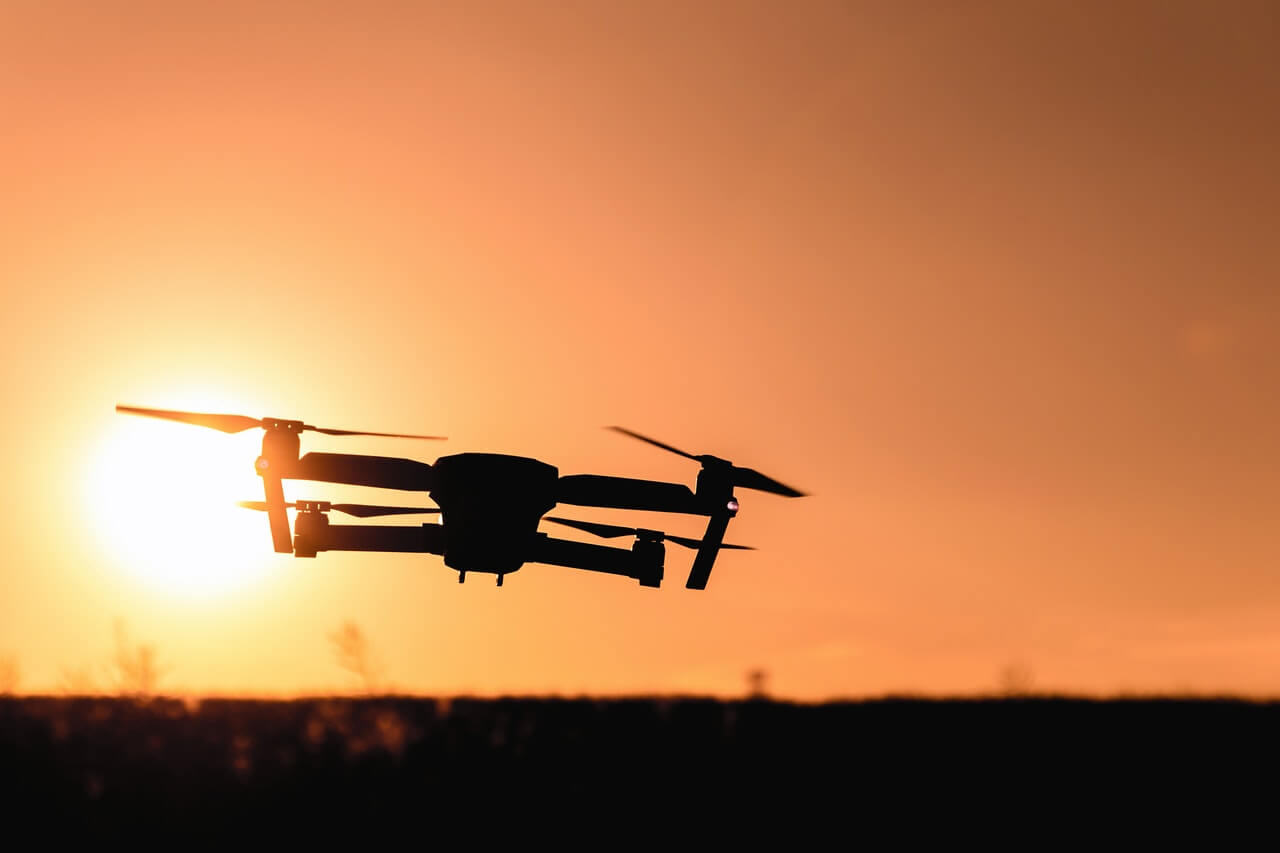 The term drone is most commonly used to define any unmanned aerial vehicle (UAV), the term is also used to denote a remotely piloted aerial system (RPAS), and drones are used by both enthusiasts and by the military. The drones we get to purchase from amazon, or any other store, are used much differently than the ones utilized by the military.

Drones are categorized based on their mode of control, by ICAO which stands for the International Civil Aviation Organization. And there are two main categories:

The drones come in many different forms, including fixed-wing aircrafts, quadcopters, helicopters, hexacopters or octacopters. Drones are much more budget-friendly in terms of price and manufacturing costs when compared to a manned aircraft, and they are obviously smaller and lighter. However, size or weight are not characteristics that have any impact on whether something is categorized as a drone.

We have managed to find numerous applications for drones, outside of military operations. Civil applications include policing, city monitoring, firefighting, inspecting irrigation systems etc. So, all things considered, this is quite a useful invention, and their current popularity is bound to make future models superior in terms of capabilities and practical applications.

Also, drone photography is generating a lot popularity, since you can capture images from an angle that was not available before the arrival of drones.

By now you have probably already figured out what the core difference between a drone and a quadcopter is. The first one is a term that encompasses all of the unmanned aircrafts, and the latter is just a subtype of drone, however, let’s see what the traits of a quadcopter are nevertheless.

For starters, it is a multicolor drone that is designed to be propelled through the air using four rotors. Some of the main characteristics would be a lightweight body and a central engine that controls rotors on each side.

The four rotors are there to ensure stability during flight, as well as to make direction switching more fluent. So, in terms of mobility and stability, a quadcopter is a really good pick, especially if you want to use it for drone photography. 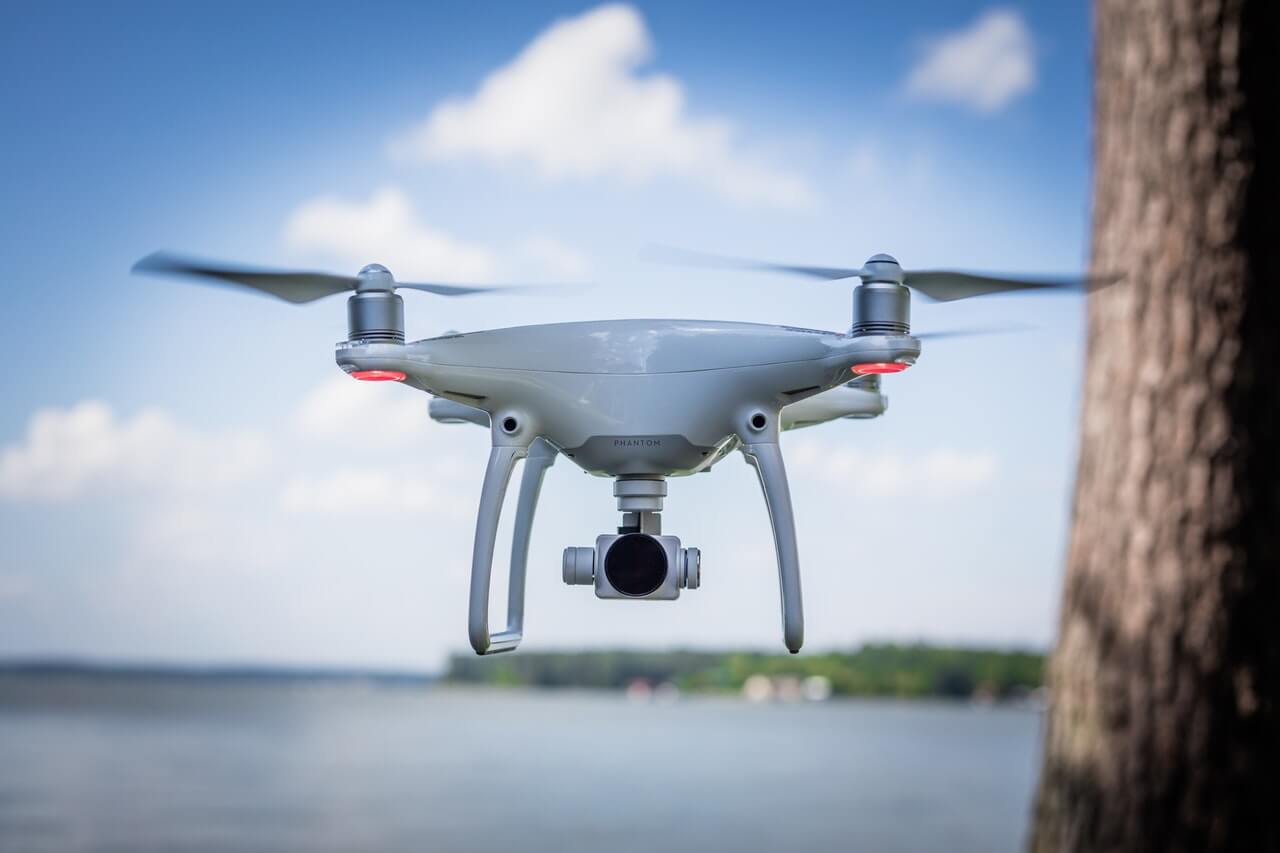 The design itself is simple yet effective, which gives this aircraft a lot of advantages. First of all, it’s easier and cheaper to manufacture, and thus it is more affordable. Another reason why it is a good choice, is because it can be easily fixed in the event of malfunction.

When compared to fixed-wing aircrafts, a quadcopter outclasses them in terms of aerial stability, and they can have a smooth vertical takeoff. Helicopters can also take off vertically, but repairing them is much more difficult when compared to a quadcopter.

Lastly, the landing itself is a lot easier and far less disastrous. Even a bad landing won’t do heavy damage to your quadcopter and a repair or replacement can cost up to 15$ max.

The difference between drones and quadcopters

Once again the main difference is linguistic in nature. Drone is an umbrella term that covers unmanned aerial vehicles, and quadcopter is a type of drone that has four rotors, which facilitate easy takeoff, as well as high aerial stability.

A quadcopter is a perfect tool for aerial photography, whereas drones can be used for various different things, since the term covers a wide variety of vehicles. Drones are most commonly associated with the military, and quadcopters are frequently used by drone enthusiasts or hobbyists.

Also, when we talk about drones, we tend to discuss serious civil and business applications, whereas quadcopters are primarily discussed as super useful and neat toys.

To sum up, if you are interested in buying a drone in order to pursue your hobby or to fly it around your neighborhood, a quadcopter is definitely one of the best choices out there. Modern quadcopters have a simple design without an integrated GPS framework.

They are also accompanied or packaged with a lot of extra features that enable assistance during landing, and that allow you to extend the range of control and battery life.

Drones have a lot of different subtypes and, generally speaking, are highly utilized to help society.